Back to Blog Posts
Prev Next

Moving To Seattle? Top 9 Reasons you Should

Seattle has always been known as one of the most unique places in the United States. This is particularly true for those who are involved in the tech industry, it’s an industry hotspot. Recently, however, it seems like a notable amount of people, in general, are relocating to this city as of late.

Wondering why everyone is moving to Seattle? Let’s take a look at some of the most important factors to keep in mind.

WATCH THE TOP 9 REASONS PEOPLE ARE MOVING TO SEATTLE VIDEO

Most of us are familiar with Seattle’s typically rainy climate. During the winters, it can become notably cold.

However, this is to be expected due to the fact that it is a northern state. During the summers, however, the situation is a bit different. The average Seattle temperature is 75° during the summer months, making it one of the best places to spend warmer parts of the year.

This is particularly true given the fact that Seattle has a notably low humidity index. It should also be noted that the city has approximately 150 days of sunshine each year. As you might expect, many of these are also during the summer.

It’s not unlikely that you will be able to make amazing memories outdoors during this time of the year. So, be sure to take this into consideration before planning your move. There’s a good chance it could be the deciding factor.

It’s no secret that the pandemic restrictions significantly complicated many different industries. Businesses were forced to shut their doors indefinitely, and many people struggled to find a new job.

The good news for those who are looking to relocate to the city is that it has a highly promising job market. Additionally, the minimum wage in Seattle is significantly higher than that of other states.

More specifically, even those who are employed at small companies find that they can easily make $15 per hour. Additionally, there are amazing job opportunities for those who are looking to work for a large company like Microsoft or Amazon. As previously mentioned, Seattle is known for being a tech hub in the United States.

Software engineers, project managers, and tech-based sales consultants will likely find this place to be a mecca in terms of job opportunities. If you’re looking to progress in this field or transition to it, this is something worth keeping in mind — the city has all of the resources you need.

3. THERE ARE PLENTY OF OUTDOOR ACTIVITIES TO TAKE ADVANTAGE OF

Seattle restaurants are some of the most memorable in the country.

These include visiting Discovery Park, hiking up Mount Si, and even checking out the slopes on a pair of skis or snowboard. As you might guess, this is one of the most enjoyable places to be if you love spending the majority of your time outside. Combined with the temperate weather in the summer, there is no limit on the breathtaking experiences that you can pursue.

Seattle is listed as one of the fastest-growing cities in the entire country. It shouldn’t come as a surprise that this also means that the value of its real estate is highly increasing as time goes on. Not only is the demand for housing increasing, but more and more land is being used to develop properties.

These two factors combined will ensure that anyone who purchases a home in Seattle will see its value grow exponentially in the coming years. This also means that Seattle is a great place to invest in real estate. It’s not uncommon for people to get an apartment in the city and rent out a home that they own to tenants.

Of course, this course of action isn’t required. It’s entirely possible to purchase a home and enjoy everything the city has to offer while you build equity in an appreciating property. Be sure to keep an eye on Seattle real estate trends before you buy, though, so you can grow your investment is much as possible.

If you happen to have real estate in Seattle you’re looking to sell so you can relocate, you can check out this resource to learn more.

Most people don’t like to spend all their time in the city that they live in. If you don’t live in close proximity to another area of interest, you are more or less out of luck. In some circumstances, this could cause somebody to feel somewhat isolated.

Seattle, however, has amazing neighboring cities that you can easily visit. Although you might have to drive a bit (between two and three hours), you’ll have no trouble getting to Portland, Oregon, or Vancouver, British Colombia. You could even travel east to Leavenworth, Washington to explore one of the state’s most unique towns.

Any of these locations will serve as the perfect way to spend a vacation or a weekend trip.

6. IT IS A PARADISE FOR SPORTS FANS

For those who enjoy sports, there is no shortage of professional sports teams.

In fact, many people find that one of the most positive aspects of the city is that it is home to the Seattle Seahawks and Seattle Mariners. For those who enjoy major league soccer, Seattle Sounders FC is also the local MLS team. Don’t forget the excitement of adding a brand new NHL hockey team, Seattle Kraken.

A handful of other teams are also present in the city, spanning across different sports like rugby and woman’s basketball. If you enjoy watching sporting events live, this will likely be one of the best places in the entire world that you can relocate to.

Many people also find that they began to enjoy sports after moving to Seattle even if they didn’t before. The atmosphere is undeniable, so be sure to take advantage of it.

7. IT IS ONE OF THE MOST UNIQUE LOCATIONS IN THE COUNTRY

Seattle itself is a highly unique location. This is due to the mountainous terrain, its proximity to other major cities, its climate, and its major attractions.

For example, having the opportunity to see the iconic Space Needle is often enough on its own to make people understand they are in a special place.

8. THERE IS NO STATE INCOME TAX

This is something about the state of Washington that is often overlooked.

This is particularly true for those who gross a large amount of money per year from their job. One of the best examples here is New York.

Those who live in Seattle, however, don’t need to worry about this obligation while still being able to enjoy everything the benefits a major city has to offer.

9. IT IS A HOTSPOT FOR YOUNG COUPLES AND FAMILIES

More often than not, people who choose to relocate to a different part of the country are relatively young.

This means that it’s in their best interest to go to a place that has other young people. Not only will this help them feel more at home, but also help them socialize and find communities to join.

Seattle is a hotspot for young couples and those who are just starting families. There is also a good chance that many of these individuals relocated from another part of the US. This will help you avoid feeling isolated or lonely after moving to a brand-new city, something that is relatively common for those who choose to relocate.

When handled correctly, moving to Seattle will significantly increase your quality of life and allow you to enjoy the things you love on a regular basis.

KNOWING WHY EVERYONE IS MOVING TO SEATTLE IS IMPORTANT

The above guide about why people are moving to Seattle has all the information you need to plan your next course of action. Be sure that you keep it in mind when moving forward.

Want to learn more about what we have to offer? Feel free to get in touch with us today and see how we can help.

THIS ARTICLE WAS ORIGINALLY PUBLISHED ON: https://www.themadronagroup.com/moving-to-seattle/ 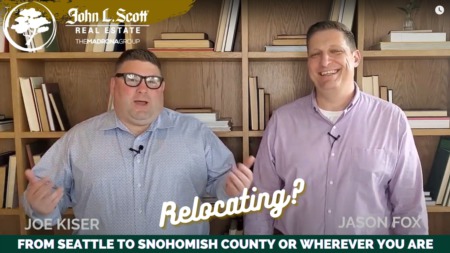 Relocating from Seattle to Snohomish County

RELOCATING FROM SEATTLE TO SNOHOMISH COUNTY  If you are buying real estate in Picnic Point or selling real ...Read More

Contact Us
Questions? We're Here to Help
Recently From Our Blog 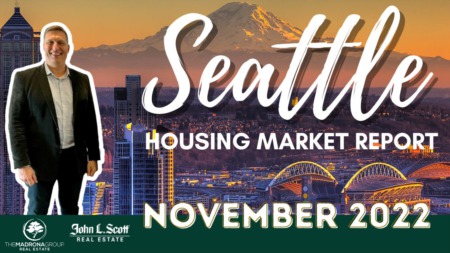 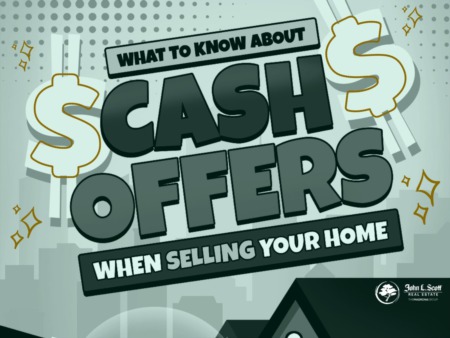 What To Know About Cash Offers When Selling Your Home